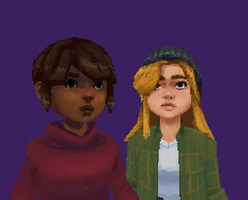 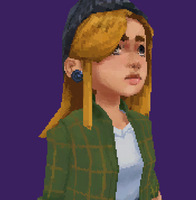 Hello everyone and welcome to the TURNPIKE NORTH devlog!

I'll be using this space to document the development process and progress of a real-time scene inspired by Life is Strange. See, I really enjoyed the dontnod series and Deck9's prequel Before the Storm. And I've always wanted to create something similar to those games. However, making a game like that is a ton of work and takes a lot of time. Time I know I don't have and don't want to spend. Yet that urge never went away and so I settled on a tiny subset of making a game. One I knew I'd enjoy: making the art and composing the scene, i.e. setting up shots, the lighting, particle effects, etc.

Now, it's only been a few months since I got back into 3D modeling. Suffice it to say that I'm not all that interested in high-poly modeling. I've always been a fan of limitations. So for TURNPIKE NORTH, I'm sticking to low-poly models and pixely textures. I'm going for a PSX aesthetic.

TURNPIKE NORTH is set on a billboard next to a highway. Two friends are sitting up there, their feet dangling in the air as cars pass by. A serene, cool moment in which they look at each other in silence.

I tried to capture this scene all the way back in December 2019. It wasn't until after I used these characters in my game BRUISES that I decided to revisit this quiet moment in their lives.

I want to wrap this up fairly quickly and call it done, so this endeavor shouldn't take longer than February. I plan to show the progress of the project and some behind-the-scenes of my workflow. Here's a rough outline of what I'll be trying to cover in this devlog:

If there are other things you're interested in, let me know and I'll see whether I can cover additional topics. 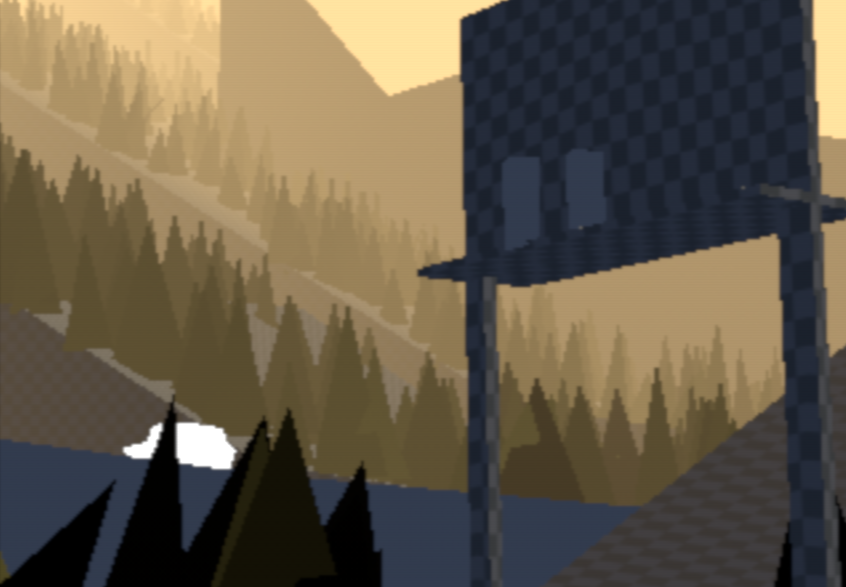 As you can see in the images attached, I have a good initial version of the characters + textures. I'm happy with the first block-out of the scene, so I have moved on to replacing the blocked-out art with proper assets, starting with the trees and billboards.

So again, welcome to this short journey. I hope it's interesting and insightful.

Creating a real-time PSX scene inspired by Life is Strange

Omg I'm so excited about this! I was searching devlogs and your's caught my attention because of the aesthetic, and the moment I read it's inspired by life is strange I knew I was going to enjoy it. Good luck with everything!